ARE YOU OF LEGAL DRINKING AGE?

You must be of legal drinking age in your region to enter.

Michel Roux, the iconic spirits marketer who launched Absolut Vodka and created Bombay Sapphire Gin in the 80’s, decided in 1998 to create a company of its own, importing niche spirits not yet supplied by the market such as absinthe, blue gin etc. In early 1999, Crillon Importers Ltd. introduced absinthe to the U.S. market making it available for the first time since it was banned in 1912. Crillon Importers also launched Magellan Gin, the original blue gin. Apart from these spirits “ pioneering “ a category , Crillon Importers also dedicated itself to importing brands strongly rooted in their homeland. Rhum Barbancourt, the most famous Haitian brand, was also brought into the Crillon fold The company now belongs to the iconic Distilleries et Domaines de Provence owned by the Robert family, a century old French distillery located in Forcalquier Provence, France.. One of its members, Jean-Baptiste Robert, is now holding the CEO position overseeing operations and distribution in the US and Canada. The distillery has been making aperitifs and liqueurs for over 120 years, such as Absente Absinthe and Henri Bardouin Pastis “Grand Cru.” 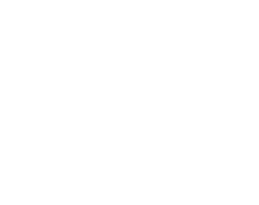 “I want to make a fashionable business out of the booze-peddler business.”

Marketing and importing the finest beverages from around the world.

Our mission is to provide the finest spirits, beverages and products from across the globe, to inspire our customers and to ignite a passion for premium beverages.

From 1963 to 2019, Crillon Importers founder Michel Roux distinguished himself in the business community as an exceptional marketer. Deeply involved in sponsoring the Arts, working with some of the greatest American painters of the 20th century, Michel first had the idea of engaging spirit brands into Arts giving them a “ supplement of soul”.

Michel Roux was responsible for the popularity, success, and in some cases concepts of some of the world’s most renowned spirits, including but not limited to Absolut Vodka, Bombay Sapphire Gin & Grand Marnier. He passed away in April 2019, but his memory will live through his legacy in Crillon Importers.